Scott wants to convert his DVDs so he can save space and watch them on different devices, including his iPhone and iPad. Which file formats should he use? 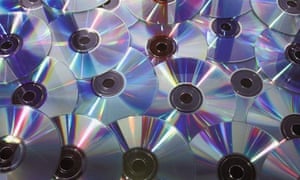 Having a bit of a clear out, I thought I would rip some old DVDs to free up some space, as I did with my music collection some years ago. I planned to store the content on my NAS to stream/sync to a range of devices, including a couple of DLNA-compliant Smart TVs, iPad, iPhone, Xbox 360 and obviously PCs. I’m not overly concerned about file size, and would prefer the best-quality video and audio possible. I would also like to preserve any multichannel audio (ie 5.1 surround sound). What file formats would you recommend to enable me to remain flexible and future-proof myself as much as possible? I have already tried a couple of DVDs saved as .mpg, which work well with my smart TVs. I’ve tried importing these into iTunes for syncing with my iPad, but iTunes does not seem to like them.

MPEG-2 was the obvious choice for DVDs as it was already being used for broadcast and cable television. The 720 x 480 format came from America’s NTSC television system and 720 x 576 from Europe’s PAL.
ISO or MPEG?

If you want to preserve everything on a DVD, then the simplest option is to copy the whole disc as an ISO disc image. You could burn this copy to another DVD for backup purposes. You could also play the ISO disc image using a software DVD player, including VideoLan’s VLC, or rip it using your choice of DVD ripping software.
Advertisement

What you have done so far is to rip a couple of DVDs to MPEG-2 (.mpg), so you may have the full original video, but de-interlaced so it is now in the progressive display format used by computer monitors and HD TVs. However, you will probably have lost any extras, including VMG (video manager) files, subtitles, hidden files, adverts and alternative audio formats. DVDs can have audio tracks in PCM, DTS, MPEG-1 Audio Layer II (MP2), or Dolby Digital (AC-3) format. MP2 and AC-3 are the most common, and if you have to pick one of those, choose AC-3. It is much more efficient (smaller files) and sounds better than MP2, which is antique – though, sadly, it’s still used in Britain’s antique DAB radios.

For future-proofing, MPEG-2 files are the next best thing to ISO images, and I don’t foresee a time when PCs will be unable to play them. As with MP3 audio files, there are just too many around.
The next generation

Computers and processors have become cheaper and much more powerful since MPEG-2 was specified in the 1990s. This means we can now use much greater levels of compression to make files smaller, and yet still decode them fast enough to keep up the frame rate. This led to the Blu-ray optical disc format, which mandates support for two new video standards: MPEG-4 AVC (Advanced Video Coding) and VC-1, the latter being based on Microsoft’s WMV-9. Some early Blu-ray discs actually used MPEG-2, as that was the basis for digital production at the time. However, H.264/MPEG-4 Part 10 AVC – commonly known as H.264 – is the most widely used format.

Blu-ray movies usually come in 16:9 widescreen resolutions of 1280 x 720 pixels, which is known as HD (High Definition) or 720p, or 1920 x 1080 pixels, which is Full HD or 1080p, where p stands for “progressive”. Blu-ray also allows for the use of interlaced video and the 4:3 DVD formats for backwards compatibility. HD TV sets will de-interlace videos automatically.

Now, video consumes a huge amount of space, so both DVDs and BDs use lossy compression to make the files smaller. MPEG-2 and MPEG-4 files are the equivalent of MP3 audio files in that respect. And, as you know, “transcoding” from one lossy format to another involves a loss in quality. It’s something to avoid if possible, and if not, to do only once.

Fortunately, this usually isn’t a problem if you’re reducing the movie’s resolution – for example, converting a 1080p video to 720p to get a much smaller file size – or viewing it on a smaller screen. It can be a problem if you are “upscaling” a DVD movie to 720p or 1080p.
Movies for iPads and iPhones
Advertisement

You don’t have much choice if you want to use Apple iTunes and watch movies natively on an iPad or iPhone. Apple makes things simpler by eliminating dozens of popular alternatives (AVI, WMV, DivX, Xvid, FLV, MKV etc) and only allowing two real digital video options: MPEG-4 at 640 x 480 pixels and H.264 at up to 720p on most iPads, and up to 1080p on the iPad mini and iPad Air. Both formats are MPEG-4, so what’s the difference? MPEG-4 comes in lots of varieties and H.264 is actually MPEG-4 AVC Part 10.

The alternative is to use a third-party video player, such as VideoLan’s open source VLC for iOS. The website says it “can play all your movies and shows in most formats directly without conversion” and it works with iTunes.

If you decide to convert files, it depends on your DVDs and your iPhone and iPad. Download one of the free video converters and transcode your 720 x 576 MPEG-2 movies into 640 x 480 MPEG-4 movies, which iTunes should be happy to accept. If you have any widescreen movies, then I’d convert them to H.264/AVC in the 720p format. You might get a little extra quality if your iPad supports 1080p, but on such a small screen, there won’t be enough of a difference to justify the much bigger file sizes and longer transcoding times. (I don’t own an iPad so I’m basing this opinion on using PCs with much bigger screens.)
Transcoding software

I’ve no idea which programs do the best job of transcoding movies for iOS, but there are so few options, it should be a fully automated process. Perhaps readers can recommend something. Otherwise you can always use one of the free video transcoders that handle the whole array of different file formats, codecs, resolutions, frame rates, bit-rates and so on. Examples include Super ©, which is slow and ugly, and Handbrake, which is pretty clunky, as well as more stylish programs such as Xmedia Recode and Media Coder. You may also find Avidemux useful for editing. Try downloading a few programs and see what works for you.

In defence of Super and Handbrake, I’ve used them for years and somehow got decent results out of them. I couldn’t manage that in my brief trial of Media Coder, though I did get a good conversion in my one go with Xmedia Recode. Also, it may better to use VidCoder rather than Handbrake: it’s easier to use and it uses Handbrake to do the transcoding.

With audio CDs, you can use Exact Audio Copy and FLAC, the Free Lossless Audio Codec, to make perfect digital copies that you can leave to your grandchildren, who will be able to convert them to whatever format is popular at the time. With DVDs, you don’t get a perfect copy, just a lossy video file, so an ISO is the most future-proof option. However, an MPEG-2 file that matches the original (just in a different wrapper, as it were) is almost as good. If you’re going to transcode MPEG-2 into something more modern, then H.264/MPEG-4 AVC is probably the best bet, and the files should be about half the size. Whether they’ll be good enough for the 4K (3840 x 2160 pixel) screens we’ll all be using in a few years is another matter.
The UltraViolet solution
Advertisement

If you’re ripping commercial CDs or Blu-rays, you should store the original discs somewhere safe. These discs show that you own the originals and have re-purposed them for convenience, not pirated or downloaded them. Ideally, movie studios would make digital copies available online either free or for a reasonable fee. The industry now does this with its UltraViolet system. If you buy DVDs or Blu-ray discs with UV stickers, you also get access to a cloud version that you can stream to different devices or download.

In the US, Walmart and some other stores are offering Disc to Digital upgrades for some movies. You take your DVDs and BDs to the store and pay $2 for a digital copy, which is actually stored by Vudu. You get to keep the DVDs. It’s quicker and a lot more convenient than ripping them yourself, and of course, the quality is excellent. I haven’t seen this promoted in the UK, though FindAnyFilm.com supports UV, and Tesco has offered buyers free digital copies via its Blinkbox service.